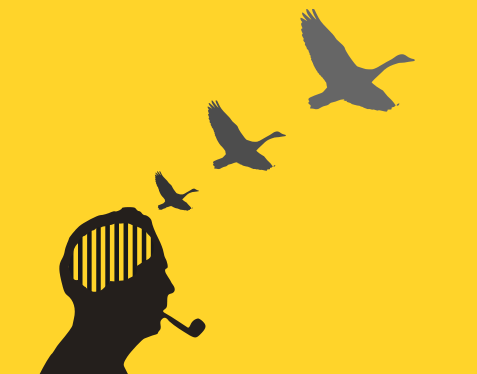 To be emotional is to be weak – This is what we are conditioned to perceive from a young age. “Stand tall”, “be strong”; the use of strength as an antonym to the expression of emotion is embedded in our language.

Where there is credit in our emotions, we find ourselves battling to present the seemingly charming alternative – logic. In any given debate logic tends to assume the position of emotion’s ‘masculine’ superior, more worthy of forming a stance, as though it emerges in pure isolation to its counterpart. This may be because we are conditioned to believe that emotion must largely have its roots in irrationality.

Activism of many forms is frequently dismissed due to being deemed driven by emotion rather than reason, particularly when it concerns non-human animals. But there are two significant issues with this assumption, one- that emotion and only emotion is what propels those to protect a species other than our own, and two- that our experience of emotion negates the merit on which our desire to act is based – that emotion as the dominant driver cannot be a credible instigator for change.

What the research in neuroscience and cognitive psychology has shown us however, is that emotion is integral to decision making, that the mere engagement in deciding between varying options is an emotional process. A common mistake to make in debate is to assume that once you’re armed with all the hard line facts – the opponent will concede. But this is unlikely to be the case until the opponent is at a stage where the alternative seems emotionally appeasing or worthy.

Let’s look at the animal rights movement in particular. What does it mean to feel empathy for a species other than our own? Does it make one ‘over-emotional’? If so, why? Research suggests that empathy increases with familiarity of our subject whether that be race, values, or species. This may help to explain why it is that a large sector of our global culture care more for animals such as dogs, than they do cows (as dogs encompass characteristics more closely resembling human kinship). But our relationship with animals continues to be more complex and inconsistent.

In 2015, a now famous lion by the name of Cecil was shot by an arrow then later killed with a rifle by hunter Walter Palmer. There was an incredible amount of outrage from conservationists and the general public regarding Cecil’s death. Consequently, Cecil became the symbol of people everywhere speaking out against recreational hunting. A radical emotional response, understandably, but peculiarly concentrated on the story of one animal. These same distressed people are also the ones advocated to by animal activists, pleaded to extend their compassion to the animals on their plates, in their shoes and far from their consciences. Cecil was an example of how compassion for animals from a non-vegan perspective is often driven by immediacy and conditioning, but is rarely laden with consistency.

Veganism – the general active response to commercial animal use (and a common manifestation of animal rights activism) – is, generally speaking, as emotional a response as it is logical. McDonald (2000) conducted one of few empirical studies looking into the process of turning vegan and found that veganism is the result of a decision making process, one which involves persistence in seeking information. Acquiring knowledge of animal abuse [often] instigates an emotional response resembling trauma or shock and transitions to a process of further research surrounding animal confinement and processing practices. The underlying philosophical tenant behind veganism is to avoid contributing to the unnecessary harm and exploitation of anyone with the ability to suffer. Though generally stemming from an emotional response – there is a foundation of logic and consistency that pertains. For example, it is likely some species will evoke a more empathic response (such as dogs) than others (such as worms), yet a vegan will choose not to purchase silk – as the practice of boiling silk worms alive in order to adorn ourselves in a fabric is deemed morally inconsistent.

Veganism in some ways is a result of more cognitive complexity where one is not always driven by the intuitive response of disgust or empathic distress, but rather engages in thought about consequences beyond the self. At its essence, this highlights something important – you do not need to care about animals or feel any such emotion towards them, to afford them freedom from harm and moral concern. This is the same tenant which humans live by in our treatment towards each other for a more fair & just social environment.

In his book Eating Animals, Safran Foer writes about the misinterpretation of sentimentalism attributed to those who express concern for ‘farmed’ animals; he poses the question

“Is arguing that a sentiment of compassion should be given greater value than a cheaper burger (or having a burger at all) an expression of emotion and impulse or an engagement with reality and our moral intuitions?”

He then offers the example of two individuals in the ‘mood’ for a burger – one person orders the burger based on their desire to simply eat it, the other, chooses to order something else remembering that there are other reasons more important than his mood at any given point in time, such as the implications of the burger and where it came from. “Who is the sentimentalist?” asks Foer.

In my research exploring activist characteristics and trauma, one of the most common reasons for consuming animals was taste (after health), while for those who did not eat animals the most common reasons were ethics and environmental conservation. During street and online activism, after providing facts surrounding animal rearing and slaughter, I have often encountered responses that overlook wider consequences, trumping reason with taste. For example, “I can’t imagine a life without cheese”, “I haven’t been able to find a substitute that tastes as good as chicken” etc. – habit and personal desire forming the apparent impenetrable barriers to an otherwise ethical and logical choice.

Transient desire as justification for eating animals is also common among those who simultaneously express a love for animals, highlighting the greater leaning towards emotional reasoning and cognitive dissonance. A particularly interesting pattern of response I have found is the pride expressed when one discusses having witnessed an animal being killed for food (often it’s a chicken on a family’s farm) and not having been bothered by it – an apt example of glorification of the absence of emotionalism – where not feeling the suffering of another is seemingly indicative of logical reasoning that is superior to the one who is emotionally affected.

There is no doubt that emotions are high in a movement which spawned in response to widespread exploitation. The image of the angry and grieving animal activist is an all too common one. In many cases, activists will find themselves manifesting a form of misanthropy and disillusionment arising from learning what their fellow species is capable of. These responses of shock and grief may transcend into misdirected anger towards non-vegan others, which can in many ways act as a disservice to the message. But what these emotional responses stand for must also not be dismissed. Injustice often evokes outrage. But injustice and outrage alike often inspire change when there is a group of concerted people driven to highlight atrocity and take action.

The idea that ‘sentimentality’ or emotionalism can be accurately linked to ‘weakness’ has never been more challenged for me than during my initial experiences as a psychologist. Sitting in a room with individual after individual who expresses anger, tears, frustration or hope, I have been fortunate to witness people sometimes at their most raw and sincere; exposed and open to seeking guidance, confronting themselves, their behaviours and challenging their minds’ content. How often are we debilitated by the idea that we should not seek help or communicate what we feel? To do so takes an incredible amount of strength in a culture that generally discourages the expression of vulnerability. These interactions, I feel, have shown people at some of their most courageous moments.

Emotion underlies many of our decisions. But in a movement that relies on moral reasoning, it is incorrect to minimise veganism to bare emotionalism. It is incorrect to see a desire to treat other species with respect as simply a response to distress. There is a complex cognitive process underlying the transition to veganism, one that is often overlooked by the counter-argument. Meanwhile the rejection of veganism, an incredibly important movement that has implications for the lives of billions (both human and animal), as well as our planet, is often based on emotional and logical inconsistency. No doubt emotion runs particularly high in the animal rights movement – it is populated with a large amount of people experiencing the grief of animal exploitation & bewilderment at the apathy of its perpetrators. But as we know, emotional responses are also very often at the centre of a call for change. And without them, our calls to action would be insincere, while the possibility of change – would remain stagnant.