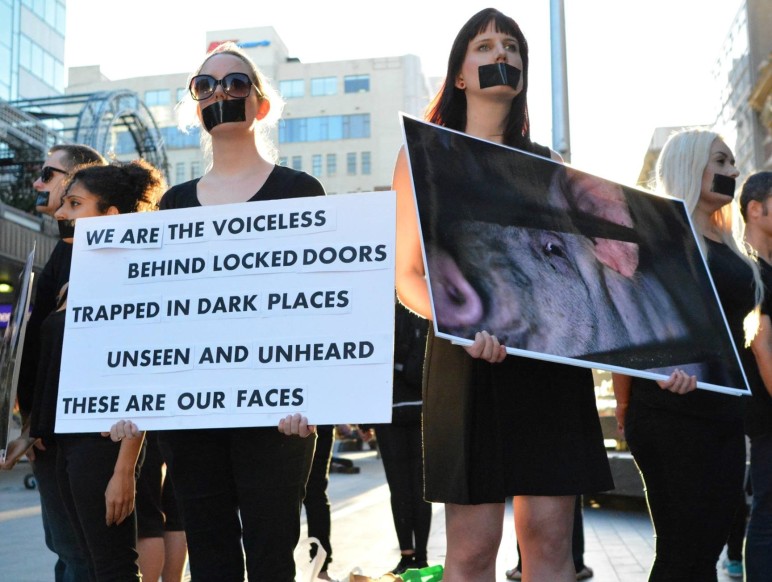 Behind each story of a suffering animal is an individual who has witnessed and retold it. But the retelling of these stories carries a heavy burden: intimate knowledge of animal abuse. Human abuse of animals is deeply entrenched in our global cultures, what does this mean for those who aim to expose large-scale animal suffering? How does continual awareness of mass violence impact them psychologically? Do they suffer from compassion fatigue and burnout?

“The wider you open your eyes, the darker the world becomes.” – Bianca Nicole Valle

The image of the silently (or vocally) suffering animal activist is all too common. Activists are constantly aware that animals endure unfathomable physical and psychological pain; they witness some of the worst that humans are capable of; they often plead for change in a system that thrives off animal use; are forced to stand silent in the face of animal cries; are legally powerless to relieve the despair they document, and have had to come to terms with the fact that the change they seek may never occur in their lifetime. Activists experience recurring grief with each of the billions of animal lives taken yearly, and guilt for those they have been unable to protect. And with every cheeseburger, leather couch, and animal-tested cosmetic, they are reminded just how endless their fight is.

In addition, there are a myriad of social, political and legal obstacles that come with taking on the identity of an animal activist. Laws protecting the image (and consequently profit) of large agribusinesses for example (in the US and more recently in Australia) are helping to further criminalise activism. In the mainstream, it is normal for the animal advocacy movement to often be marginalised if not completely dismissed. As part of this its members are frequently branded ‘overly emotional’, ‘extremists’ or even ‘terrorists’ by the public and media. The 2016 ‘Australia Day’ lamb advertisement by Meat and Livestock Australia (MLA) depicted a SWAT team torching a man’s bowl of kale after discovering he was vegan, an ideal example of how the derision of a minority whose ideology of non-violence is not just limited to human beings, is perfectly acceptable on a public platform. Fighting for animals in a world that embraces animal use can be, and often is, alienating, demoralising and heartbreaking. Added to this, when the deaths of animals go largely unrecognised by those in the dominant culture, grieving becomes a further alienating, difficult and equally traumatising experience.

We conducted a study at the University of South Australia to gain a broader understanding of the psychological impacts involved in animal activism. We focused on a particular psychological phenomenon called compassion fatigue (CF). Initially researched with health care professionals such as nurses, and more recently with animal care workers such as shelter workers, CF has been found to emerge among those who regularly work around vulnerable and traumatised clients. It is a mixture
of burnout and vicarious trauma (feeling the effects of someone else’s trauma). Many of its symptoms resemble those of PTSD, but what sets CF apart (like the name suggests) is that it stems from compassion. As Charles Figley (1993), who has widely researched the costs of caring, stated –

“In our effort to view the world from the perspective of the suffering, we [too] suffer”. 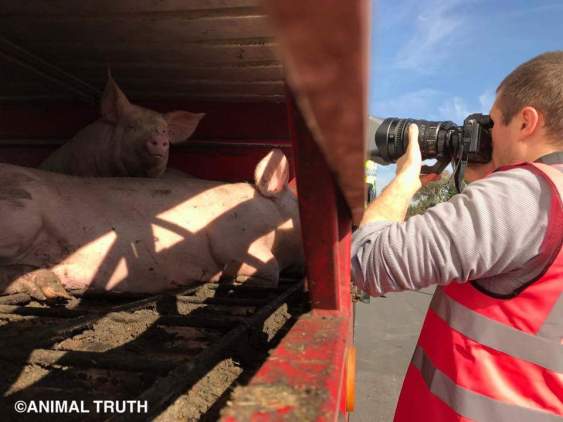 We wanted to extend investigations of CF to animal activists for two reasons. One: We believe they are among the highest at risk of trauma. Two: despite the inherent risks that underpin animal protection, there has been no previous empirical research looking at CF in animal activists.

Over 700 people from around the world who self-identified as activists responded to our online survey. We expected a majority of the 700 would report counts of trauma or burnout, but our results were mixed and more complex than this. About a quarter of the sample had high levels of vicarious trauma indicative of CF. However, participants reported more compassion satisfaction from activism than they did the negative experiences (burnout & vicarious trauma), albeit only slightly. There could be several reasons for such an outcome; one simply being that activists don’t actually experience high levels of CF. Alternatively, and what we believe to be more likely, it is possible that the measure of CF used in this study didn’t quite capture the psychological experiences endured by animal activists, or that their experiences fit a different pattern to CF altogether. Perhaps it is not activism itself that provides the avenue for CF to exist, but rather grappling with the knowledge of animal suffering and what our fellow humans are capable of. But without more research using different methods to assess this, we can only make inferences. Subsequently, we focused on comparisons between participants and explored what kind of characteristics make an activist more likely to develop CF.

Activists who held a more ‘rights’-inclined perspective (compared to a ‘welfarist’ perspective), or those who engaged in activism more frequently, had higher levels of secondary trauma. Conversely, doing activism more frequently as well as more directly (e.g. rescuing animals) also related to feeling more satisfied. According to CF theory, satisfaction from aiding others helps to offset trauma and burnout.

Vegans also had higher levels of secondary trauma than vegetarians and omnivores. We cannot make definitive conclusions about why these trends appeared without further research, but a previous study into veganism has suggested that in contrast to an omnivore diet, veganism involves a process of learning and decision making coinciding with a developing worldview (Mcdonald, 2000). Vegans have a propensity to seek more information rather than repress information, despite the difficult nature of knowing more. It is possible then, that exposure to more animal abuse, persistent awareness of the link between lifestyle choices and animal suffering, and the alienation that often
comes with living vegan in a non-vegan world could help explain the comparatively higher CF in vegans. Similarly, animal ‘rights’ activists are likely to be in a position of reduced reward. Animal welfarists have goals that are more easily met compared to the goals of animal ‘rights’ advocates. Each introduction of ‘cage free’ eggs, and phase out of sow stalls is a win that could mean more to the welfarist than the abolitionist, for whom this may merely paint one stroke of a much larger picture.

Recognising and Responding to Compassion Fatigue

An incredibly important factor in reducing the effects of CF or trauma related to activism is identifying the symptoms. Without labelling the isolated psychological experiences we have, it is difficult to recognise their cumulative effect on our wellbeing over time. It also helps to know we aren’t alone and that others are struggling with similar issues and feelings.

Typical symptoms of CF vary from physiological, such as sleep disturbance or impairments in concentration and judgment, to emotional, cognitive and behavioural such as depression, trauma, substance abuse, loss of self-worth, existential despair, anger, and a sense of isolation. Symptoms may also manifest into behaviours specific to the relevant work area such as frequent absence, difficulties in relationships with work colleagues, lethargy or reduced motivation, and reluctance to believe change or improvement is possible.

Whether for prevention or intervention, research has shown strong links between reduction in CF symptoms and self-care. Self-care can take many forms; it may include dedicating more time to the self by focusing on eating well, exercising, improving sleep, or undertaking activities that lower autonomic arousal – i.e. allowing the body and mind to relax. In some cases, it may be vital to reduce or take a break from activism altogether in order to limit opportunities for exacerbating symptoms. With trauma often comes various triggers to eliciting a traumatic response. In activism, trauma triggers can be everywhere from graphic images displayed on social media, to a dinner with family and friends. While it may seem counter-intuitive to helping animals, pausing to regain energy and perspective can be pertinent to having the capacity to advocate in the long-term.

An interesting factor our study highlighted however, is that continuing some form of activism can be as important in maintaining wellbeing as it is in putting it at risk, particularly if burnout is experienced as a result of a dissatisfaction from feeling as though one is ‘not doing enough’. This could suggest that for some, examining how they engage with activism and moulding it to be emotionally and practically manageable may be more ideal.

Another key approach to self-care is seeking support. It can feel incredibly isolating to identify as an activist in an animal-consuming world; which we have the potential to negatively perpetuate by placing increased distance between ourselves and non-activists. However, maintaining a social support network is an important factor in taking care of the self. Additionally, activists who experience symptoms of burnout or trauma, or consider themselves at risk of CF, are encouraged to seek mental health support. One does not have to be at the peak of their suffering to engage in professional mental health services, and may in fact benefit significantly from early intervention. 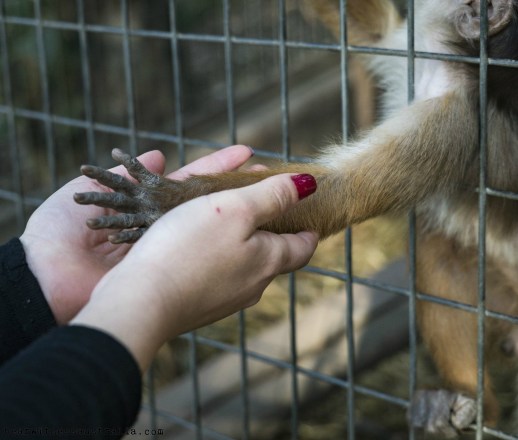 Animals are suffering. Why focus on humans?

In just one day of distributing our survey, over 500 people from around the world had responded. This extremely high and rapid response, as well as the multitude of additional survey comments by participants expressing feelings of hopelessness and despair, suggested to us that mental wellbeing among the animal activist population is indeed an area that calls for attention. And it is time to begin addressing this.

Whether defined as compassion fatigue, or something which better fits their experiences, there is no doubt that many activists are as psychologically exhausted and philosophically disillusioned as they are driven. For some, the mental burden overtakes the underlying drive to act and further feeds a cycle of guilt. For others, it is easier to keep acting than to face their own suffering, perceiving it as trivial in comparison to that of animals.

What we do know about psychological fatigue is that it impacts both mental and physical health, has the potential to affect one’s competence in their role, and their ability to bear the suffering of others. It is difficult to expend energy on helping others when there is little energy to draw from, no matter how dire the situation of those we aim to help. If animal activists’ mental health is being impacted, we need to identify and reduce the risks for the sake of both human and animal wellbeing. The benefit of defining these experiences from a psychological perspective is that we can recognise that they are real, they are present, and they are shared. More importantly, they can be addressed and that our fight for animal liberation while difficult, need not be one of isolation and turmoil.

If you are concerned about your mental health or consider yourself at risk of developing symptoms of distress, trauma, or compassion fatigue, contact your local medical health doctor or mental health professional. If you are an Australian resident, you can visit the Australian Counselling Association (www.theaca.net.au), call Lifeline Australia (13 11 14) or BeyondBlue (1300 22 46 36).